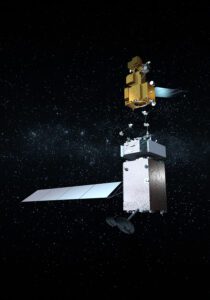 Artist’s concept of OSAM-1. Credit: NASA
Although the sustainability of all future space activities depends on the development of In-Orbit Servicing (IoS), there is currently no official or universal definition of IoS, sometimes also referred to as in-space services and on-orbit services.

Rendezvous, proximity operations, and the ability to dock in space are the technological aspects that need further development for the expansion of IoS, while a standardized interface is currently the most important challenge.

A standardized interface in all satellites is necessary to create a robust supply of IoS companies that can offer refueling, removal, assembly, or maintenance, just like cars use the same interface to refuel anywhere in the world.

During the WSBW (World Satellite Business Week) organized by Euroconsult in December 2021, in the panel entitled “In-space logistics business taking off”, Negar Feher, VP of Business Development at Momentus explained that while IoS companies are trying to develop their own interface, it should be governments that create a global standardized interface through an international agreement. At the same time, Jason Forshaw, Head of Future Business Europe at Astroscale stressed the importance of collaboration and inclusion of the IoS value chain, as standardization needs the engagement of IoS companies, manufacturers, end-user customers, and regulators, etc.

During that panel, Luca Rossettini, CEO and Founder of D-Orbit predicted that the satellites of the future will be modular and designed in a scalable way, where every batch of satellites will be different from the previous one because they will incorporate new technologies. Negar Feher agreed, adding that IoS will enable people to build larger and larger objects in space, like huge telescopes, great scientific missions, and space hotels, just to mention a few.

As for the current state of IoS, in 2020 the American company Northrop Grumman made history by successfully docking with an Intelsat satellite and moving it back into a service orbit. They repeated the achievement in April 2021, becoming the only provider of flight-proven life extension services for satellites. According to Northen Sky Research, the demand for GEO life extension missions represents a cumulative market opportunity of $3.2B by 2030, making this activity the single largest revenue among all the In-Orbit Servicing (IoS) activities over the next decade.

Looking ahead, one of the most promising missions will be NASA’s OSAM-1 spacecraft, being built by Maxar and to be possibly launched in 2024. The spacecraft will rendezvous with, grasp, refuel and relocate a government-owned satellite that wasn’t designed to be serviced on-orbit. 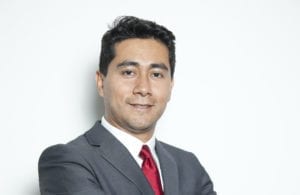 Jose Salgado; Picture courtesy of the author
Jose Salgado is a Space Commercialization specialist and founder of Unite Space.